If you’ve heard or experienced an achilles tendon rupture, you’ll know exactly what the title is alluding to. If you don’t know, an achilles tendon rupturing sounds like a gunshot, and it’s as painful as it sounds. Researcher Gregory Hess, in his 2010 review of “Achilles Tendon Rupture” in the Foot and Ankle Specialist Journal, writes that the number of sporting injuries is increasing with the increase in sport participation. The most common injury; achilles tendon injuries. This begs the questions: how can we avoid them (and the months of no sport participation and gruelling rehab) and who is most vulnerable?

Schepsis, Jones and Haas (2002) comment that the increase in sport-related achilles tendon injuries as going from 2 to 12 cases per 100 000 in less than 10 years. Typically, this occurs in males during their 4th and 5th decade of life (Schepsis et al., 2002). The injury also appears to occur most commonly in racquet sports such as tennis, squash, and badminton (Schepsis et al., 2002:298). It appears that this injury is the achilles heel of middle-aged male squash players.

It is important to understand the mechanisms of this injury. Hess (2010) explains that 53% of reported cases are due to the push-off mechanism (off the weight bearing leg with the knee extended). Other mechanisms include unexpected ankle dorsiflexion and violent dorsiflexion of a plantar flexed ankle during running/jumping/agility activities/activities involving eccentric loading/explosive plyometric contractions (Hess, 2010). 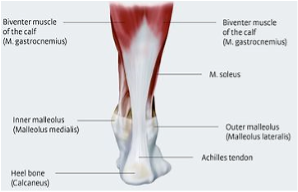 Figure 1: The anatomy of the Achilles Tendon

The achilles’ structure and function are also pieces of the puzzle. The achilles is an extension of two independently moving muscles, the gastrocnemius and soleus muscles, and it attaches to the posterior heel bone. The tendon is primarily composed of collagen which forms cross-links that allow it to resist high tensile forces (Hess, 2010). Forces stretching the tendon beyond 4% result in some of these cross-links failing and stretching beyond 8% is likely to result in a rupture (Hess, 2010).

How can we identify individuals who may be at risk of experiencing such excruciating pain? Through research, a number of intrinsic and extrinsic factors which predispose individuals to sustaining a rupture have been identified. The presence of these can increase the likelihood of a rupture. These factors, as described by Hess (2010), are seen in Figure 2.

Individuals exhibiting these factors should take extra precaution as Hess (2010) writes that a combination of these factors reduce the tensile strength of the tendon and contribute to faulty biomechanics and compensatory mechanisms which can evolve into a tendon rupture. A key factor that Schepsis et al. (2002) emphasizes, and which Hess (2010) agrees with, is the degenerative effect of natural ageing on the tendon resulting from decreased blood flow, decreased collagen tensile strength and increased tissue stiffness (Schepsis et al., 2002). These aging effects reduce the tendon’s ability to handle stress, predisposing it to injury.

All is not lost; there are things you can do to try to prevent this from happening. A rupture could be prevented by avoiding degenerative changes in the tendon by doing regular physical activity, and by allowing adequate rest following tendon injury (Hess, 2010). Eccentric strengthening of calf muscles has also been linked to prevention of rupture (Hess, 2010). However, we still have many questions to answer before we can say for certain what the best method of prevention is. This also speaks to the gap in this area and research going forward should focus on the implementation and the effectiveness of prevention programs.

This site uses Akismet to reduce spam. Learn how your comment data is processed.